On Friday I set out on a challenge that was never really meant to be. I had other plans that had been scuppered by circumstances and bad timing’s (a recurring theme for me of late). So rather than do nothing and waste the ambition I decided on a double WHW. Yep, I know, off-the-cuff like that doesn’t quite give that particular challenge enough respect. A fair accusation I guess, but I do know what’s involved in a WHW both in summer and in winter.

By the Thursday I hadn’t exactly sorted out clear plans in terms of support and had gone with a start time that I felt would suit those who were willing to meet at points along the way (and importantly at Fort William), I would start at 11.00am on the Friday and hope to be at FW for morning time (whereby people could have slept). Team Nathan boss (Stevie) had agreed to meet me up there and would join me on the return leg as far as he could (after 2-3 weeks of illness).

I set out from Milngavie as planned, my Mum and Dad in the support car. They would follow me up to Beinglas (40 miles) and leave me from there. Weather was pretty decent until over Conic Hill and then the threatening clouds began to let loose. I had a cup of tea at Rowardennan, changed out of my shorts, picked up a headtorch and set off on the long stretch along the lochside.

By Inversnaid it was getting dark and the rain heavier. The next section was really tough going with it being so wet and the visibility so poor. I tried to relax as much possible and not force the pace but I wanted to get there roughly within schedule and to some warm food. It’s a tricky section at the best of times but a real challenge at night particularly with my spare (small) headtorch merely lighting up the heavy raindrops. It was never-ending, unlike the Duracells. I was convinced one torch for the loch section would have been fine but it was fading fast.

Goats. Yep, lots of stinking wet wild goats all the way along the loch. Normally you feel lucky to see them. Not today. They were stinking and I knew I was about to see one from more than 100m away. Whenever our eyes met I cursed them loudly for smelling so bad. I don’t suppose I was smelling Lenor-fresh myself but they were making my stomach turn and it seemed to linger long after I’d left them.

By Beinglas the rain was torrential. My folks convinced me to change clothes and I was grateful once managing to do so. I had some noodles and they re-packed my vest that would have to do me the next 55 miles right up to Fort William. Stevie stopped by the farm too and it was really hard to get myself back out into the rain and the darkness as I was shivering and tired.  It felt like I had been running for an entire day but only really covered 40 miles. ‘It had been too much of an effort to get to this point.’ Getting to Fort William in one piece was going to take an enormous effort never mind turning round and heading back.

The first 10 minutes after a stop like that are always the worst. You’re cold, you’ve such a long way to go, you know you won’t see anyone for at least the next 12 hours but no-one is forcing you to take another step. You could stop at any point in the first few hundred metres and be back in the warmth of the car and home in just over an hour. Your legs seize up a little, there’s pain in places you never had before – your ankles feel old, your Achilles feel much too short for your legs and there’s a sense of someone tightening a grip around the bottom of your ribcage.

The rain got heavier with every hour. The new headtorch helped at least until I reached the ‘enchanted forest’ above Crianlarich. Was feeling tired by this point and too cold any time I had to walk the steep sections. Each time a drop fell from a tree I’d get a fright at the mini-firework explosion whenever it landed directly on my headtorch.

At Tyndrum (past the finish of the Highland Fling) the river was the highest I’d seen it and after taking an early plunge and rock to the shin I thought it wiser to retreat. Reluctantly I ran back and onto the road to turn left and back towards the shop.  The place was deserted (what was I expecting at that time of night?) and I trudged up the road that climbs out of the village. I turned my phone on and Stevie called – he’d been waiting in Tyndrum but I must’ve gone right past him without noticing when I’d turned off the torch to save some batteries. I only had one more torch remaining now. It had also just sunk in that I really wouldn’t see anyone now until Fort William. ‘Get to Bridge of Orchy, across Rannoch Moor, through Glencoe, over the Devil’s staircase and up out of Kinlochleven and things would be cool’. I wasn’t really convincing anyone.

Bridge of Orchy seemed to take forever. The gels were a struggle to get down and I was running out of water. On the climb out of Bridge of Orchy I refilled my bladder from a swollen stream. ‘Here’s hoping there wasn’t a dead sheep a few metres up.’  I thought about seeing Murdo with his jelly babies at the top. I hung onto the pathetic hope he’d be there again, flag in hand. No welcome, no flag, no sweet but sleet instead. The descent was hard going and I was relieved to get onto the road to Victoria Bridge.

Rannoch Moor was where it really started to hurt. Stomach wasn’t great, it started snowing heavily, visibility was really poor and there were strange noises and creepy eyes either side of me. Scotland’s wildlife was very much alive. Friday night on Rannoch Moor must be party-time for the stag population and one angry individual was taking his frustrations out on a tree – at first it appeared he had the biggest antlers in history but turns out half of them were tree branches. I think. The snow continued as the temperature dropped further. I sat down at one point to stretch my back and desperately wanted to lie down and forget it all. It would be a dangerous thing to do with no-one expecting to see me until morning or no-one up expecting a call. Stopping only made me colder anyway. So I gave myself a talking to and moved on.

By the Kingshouse the headtorch went so I had one left to get me to about 7am. I knew it would be tight but as long as I could get out of KL before it cut out I’d get away with it. No let-up in the snow and when I got 150m from the top of the Devil’s Staircase it was clear this wasn’t the first fall of the winter. There was about 3-4 inches of frozen, rutted snow. Not the nice soft stuff that’s a joy to run across. The ankle-twisting, slippy stuff that wants to bruise your bones. It took me forever to get down off the single track and onto the forest path and halfway down that my torch cut to emergency power (half-light). Kinlochleven was miserable. The village was asleep, I was cold, short on energy, had no food / gels and had a big climb ahead of me. I turned on my phone in the hope that there might be some motivational messages – hardly likely though as I hadn’t really told anyone where I was or what I was doing. I text the crew to say I was well down on time and they could sleep longer. Stevie text me back immediately and offered to drive out and get me. I was very tempted but said I was good and switched it off in case I changed my mind.

I got lost on the climb in the dark and wasted about half an hour re-tracing my steps and burning precious energy. When back on track it was just heads-down and keep moving. A few miles in, it started to get light which didn’t provide as much positivity as I had hoped. The weather was miserable. 3 minutes from Lundavra I spotted the car and my Mum looking down the trail towards me. When I got there I realised there was no one there at all. I know what I saw, but there was no arguing with the fact that the road was empty and there wasn’t a human around for miles. ‘Didn’t want to see anyone anyway.’ ‘Pointless’ I thought.

I longed to reach the top of the final climb onto the forest track. You know the one. And, when I finally made it, I looked over my shoulder just to save tradition before trotting off on the final drag to Fort William. By this point I knew there was going to be no turnaround when I arrived. I just couldn’t face another trek over the treacherous Lairig Mor followed at some point by a further 14 hours of darkness. The initial set off times were wrong, the support wasn’t where I really needed it, the season wasn’t exactly ideal, the weather was poor, excuses, excuses……I know. Hands-up. I failed. I’ll take that one on the chin.

Stevie ran out to meet a mile before the Braveheart carpark and it felt good to see someone who cared. He said my folks were getting really worried as I was well down on schedule. They probably thought I’d lost the plot, taken a wrong turn and was heading up to the Dam or something. They were relieved when I reached the Braveheart carpark a mile or so from the finish.  They offered warm food there but I had to at least confirm my failure by completing the WHW race route  at the doors of the Leisure Centre. As I crossed the roundabout with Stevie at my side I thought about June and how I felt turning that corner and achieving a dream. I wished I’d felt that good again. Funny how things change in such a short time. I made the effort to run over and place my hands on the doors. Done. I was totally done. No-one asked me if I was going to run back. It was obviously clear I’d been through enough. I sat on the steps for a while and thought about very little. Some relief I guess. Some disappointment too. About 22 and half hours for what? I shelved it and jumped at the chance of a bath at the Travelodge.

So that’s it. Another DNF in my book but another experience I’ll take some strength from. However I end up filing this in my thoughts, at the very least I put myself out there. I took a chance and pushed myself hard when it was easy to sit back and reflect on a relatively good season. Deep down, I know if I’d really needed or wanted to, I could have turned around and got myself back to Milngavie. At that point though I’d have left far more on the trail than I’d have got out of doing it. Sometimes I guess a call has to be made on the level of suffering vs the reward in completing. It’s fair to say that a return trip in those circumstances whilst achievable would have destroyed me (and maybe my folks too). So, live to fight another day and I’ll keep on pushing on. Plenty more trails to be run and trials to had. 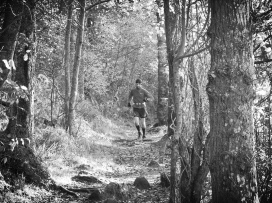 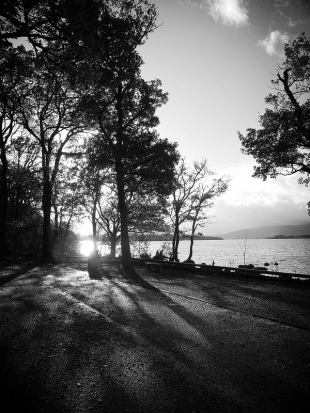 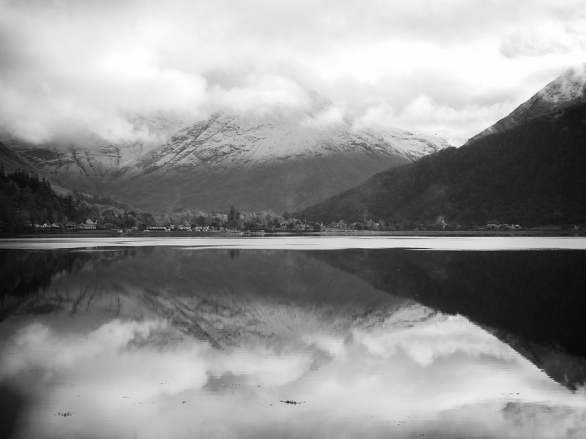