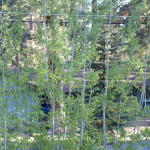 With the race being my focus this year I thought it would be good to capture some of the build-up in the form of moving pictures on the old YouTuber.

Let me know what you think – this is the first episode. More on my YouTube channel. Please subscribe there if you fancy seeing some more as race day gets closer.

Join me as I meet the locals, discover unmarked trails, run some mountains, rest, recover and train again.

That’s where I differ. I don’t think I’m the greatest. I’m no bullet train. and I don’t walk across fire.  END_OF_DOCUMENT_TOKEN_TO_BE_REPLACED

I don’t race to strict heart rate zones. Sometimes I run sections hard because it feels good. Sometimes I slow because I feel like it, and I can (or simply that I have to). Sometimes I make mistakes. Other times it comes good. It’s a race. Not a time trial. And sometimes you make racing decisions that you’ll live with, good or bad. END_OF_DOCUMENT_TOKEN_TO_BE_REPLACED

Race start was a pretty awkward time. 3:30am from the lakeside in Annecy. The GB team were staying about a 20 min drive away with a few of the other nations, so it meant a pretty early start (to force down some breakfast) and get on the bus to the start / finish area. It was almost not worth bothering to sleep with the usual nerves and list of things to remember. END_OF_DOCUMENT_TOKEN_TO_BE_REPLACED

END_OF_DOCUMENT_TOKEN_TO_BE_REPLACED

I’d wanted my first race of the season to be a challenge and it certainly delivered. I somehow had it in my head when I entered months before that it was pretty tough – but maybe just 4,500m ascent tough (with 127KM). I hadn’t fully registered the course profile until much closer to the race – a fairly technical 8,500m of ascent (and returns). END_OF_DOCUMENT_TOKEN_TO_BE_REPLACED

Flagstaff is in Northern Arizona so much cooler than the likes of Phoenix. It sits near the southwestern edge of the Colorado plateau and is home to the biggest Ponderosa Forest in the US (so they tell me). I can confirm there are a lot of trees! The town itself sits at over 2,100m above sea-level, something that the locals seem proud of and I imagine helps to attract a lot of athletes to the area for training. END_OF_DOCUMENT_TOKEN_TO_BE_REPLACED

In April that’s exactly what fell into my lap. Nathan had sorted out a booking at the Runners Refuge in Chamonix for a week of trails, nice food and inspiration. It was exactly what I needed at that time, having been through a busy period of work and the same repetitive training routes. I had a few key races coming up and hoped that I’d find something to give me that extra spring in my stride. END_OF_DOCUMENT_TOKEN_TO_BE_REPLACED

Hi guys, UTMB 2014 was a painful one for me in more ways than one. Loads of you tuned in, wished me luck, tweeted etc and I feel like I’ve let a lot of people down. I’m sorry for that. Anyway, here’s the truth of it. Make up your own mind.

On the first climb of the race the nagging doubts in my head were confirmed. I was tired and my legs were empty. No real strength or response to my demands. I knew then for sure I hadn’t really recovered from the most stressful and busy period of my life at work. Since the WHW race towards the end of June my work at the Glasgow 2014 Commonwealth Games went into overdrive. It was all-consuming. I was still determined to train and I made the necessary sacrifices (mostly sleep), squeezing in runs at crazy times (morning marathons at 4am etc) whenever I could. As the Games got closer I was lucky to have any time at all and Games Time itself was almost a complete write off other than the few hours off we got each week (when the last thing you wanted to do was run). By early august I was exhausted and undertrained. I just hoped I’d have enough in the tank and maybe the lack of training might somehow work in my favour. END_OF_DOCUMENT_TOKEN_TO_BE_REPLACED

Chat before the race was all about Robbie Britton – ‘2013 Ultra-runner of the Year’ in the @ukrunrambles initiative. He’d be fast. He’d run the first sections at record pace and I’d never be able to stick with him. In truth I was happy to hear those statements and to get the chance to see up-close what the hype was all about. Talent and potential don’t account for everything that’s needed in a 100 mile race and where I may be lacking in those I make up in other ways. END_OF_DOCUMENT_TOKEN_TO_BE_REPLACED