On Friday I set out on a challenge that was never really meant to be. I had other plans that had been scuppered by circumstances and bad timing’s (a recurring theme for me of late). So rather than do nothing and waste the ambition I decided on a double WHW. Yep, I know, off-the-cuff like that doesn’t quite give that particular challenge enough respect. A fair accusation I guess, but I do know what’s involved in a WHW both in summer and in winter. END_OF_DOCUMENT_TOKEN_TO_BE_REPLACED 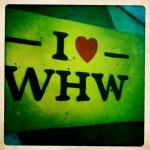 END_OF_DOCUMENT_TOKEN_TO_BE_REPLACED

Thought it about time I actually posted something. Been keeping my head down after the WHW race. It’s been a strange month and I’ve had a few injury concerns, but building back up to peak training weeks.

It doesn’t seem to be talked about much. Maybe it isn’t real? Or maybe it doesn’t affect the full-time athletes as much as there is no ‘normal’ to return to after the event. Most of us anyway have to return to our normal day-to-day working lives only days after a lengthy physical event like the West Highland Way race. I was back in work a couple of days after and whilst I expected it to be ok (at least for the first few hours) I wasn’t really prepared for the slump that followed.

I know it was only a race but I did learn a lot about myself and where I want to head. END_OF_DOCUMENT_TOKEN_TO_BE_REPLACED

There was a race briefing 20 mins before the start. There were so many people around I couldn’t really hear what was being said. Next thing I knew I was saying my goodbye’s to my Support and making my way to the front of the startline. It was quite a sight – 150 or so runners all ready to do battle with whatever the WHW would throw at them over the next day. END_OF_DOCUMENT_TOKEN_TO_BE_REPLACED

Error: Twitter did not respond. Please wait a few minutes and refresh this page.