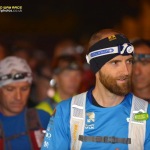 I don’t race to strict heart rate zones. Sometimes I run sections hard because it feels good. Sometimes I slow because I feel like it, and I can (or simply that I have to). Sometimes I make mistakes. Other times it comes good. It’s a race. Not a time trial. And sometimes you make racing decisions that you’ll live with, good or bad. END_OF_DOCUMENT_TOKEN_TO_BE_REPLACED

Flagstaff is in Northern Arizona so much cooler than the likes of Phoenix. It sits near the southwestern edge of the Colorado plateau and is home to the biggest Ponderosa Forest in the US (so they tell me). I can confirm there are a lot of trees! The town itself sits at over 2,100m above sea-level, something that the locals seem proud of and I imagine helps to attract a lot of athletes to the area for training. END_OF_DOCUMENT_TOKEN_TO_BE_REPLACED

Chat before the race was all about Robbie Britton – ‘2013 Ultra-runner of the Year’ in the @ukrunrambles initiative. He’d be fast. He’d run the first sections at record pace and I’d never be able to stick with him. In truth I was happy to hear those statements and to get the chance to see up-close what the hype was all about. Talent and potential don’t account for everything that’s needed in a 100 mile race and where I may be lacking in those I make up in other ways. END_OF_DOCUMENT_TOKEN_TO_BE_REPLACED

So, the dark nights are actually drawing in. Scrap that. They’ve already drawn in. It’ll be dark, cold and wet runs for the foreseeable future. Not all doom and gloom though, it’s a chance to dig out those merino baselayers, re-proof the gore-tex and get muddy / snowy. Maybe even squeeze in some time to write up some kit reviews! So, let’s start with some footwear.

Altra have recently launched their zero drop shoes in the UK. END_OF_DOCUMENT_TOKEN_TO_BE_REPLACED

END_OF_DOCUMENT_TOKEN_TO_BE_REPLACED

First race of the season was the D33 in Aberdeen (March 17th). Just 12 months before, it was the first ultra I’d ever run and I was excited to see if I was now running better after a full season of racing. Turns out the second time at the race was no less significant but for different reasons entirely. As the title suggests this is the first race I’ve DNF’d. The dreaded stomach issues were with me the night before and didn’t get much better after breakfast. I thought I’d be fine when I started running so stuck very much with the plan and set out at a decent pace. The pressure / pain in my stomach wouldn’t shift however and after 20 miles or so, I couldn’t race any longer – I couldn’t chase the 2 in front and I couldn’t hold off those behind. END_OF_DOCUMENT_TOKEN_TO_BE_REPLACED 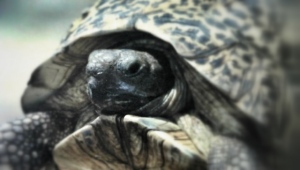 Last weekend I met up with some fine people in the Lakes to run over some hills, eat, sleep and run some more. That was the plan anyway, and that’s pretty much what happened. END_OF_DOCUMENT_TOKEN_TO_BE_REPLACED

END_OF_DOCUMENT_TOKEN_TO_BE_REPLACED

I have a place at the Beacons Ultra on the 19th November if anyone fancies it? Entry closed weeks ago as it’s a pretty popular race. I’m not going to be able to make it now.  Looks like a cracking race. Entry was £40 – yours for £35. Just give me a shout if you fancy it. Go on!!

Nice way to finish the season.

Being a Friday the Ben wasn’t too busy, passing only a few walkers on the way up. Being the closest Munro to Glasgow it does get it’s fair share of visitors ‘fae the toon’. On a clear day though it does have some spectacular views from the top. END_OF_DOCUMENT_TOKEN_TO_BE_REPLACED