END_OF_DOCUMENT_TOKEN_TO_BE_REPLACED

The title pretty much covers the 3 races since I last posted a blog after the D33 in March. 3 races – all very contrasting.

I was asked towards the end of last year if I wanted to be considered for selection for Scotland to run the above race. I immediately said, ‘yes please’ and only afterwards thought about what the race entailed. An ultra road-race is something I’ve never done before and I knew it would be a different sort of challenge. On paper it’s just a straightforward 62.7 mile race on tarmac. Easy. Just run round a 2.4K loop of a park with support at the start / finish line. In reality, it’s a beast. END_OF_DOCUMENT_TOKEN_TO_BE_REPLACED

Just a quick post. All settled in Hotel, about 20mins drive away. Registered already and can’t wait to get started.

My sis will be tweeting updates @lilacswizzle

Thanks for all your support. 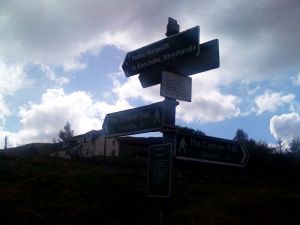