I don’t race to strict heart rate zones. Sometimes I run sections hard because it feels good. Sometimes I slow because I feel like it, and I can (or simply that I have to). Sometimes I make mistakes. Other times it comes good. It’s a race. Not a time trial. And sometimes you make racing decisions that you’ll live with, good or bad. END_OF_DOCUMENT_TOKEN_TO_BE_REPLACED

On Friday I set out on a challenge that was never really meant to be. I had other plans that had been scuppered by circumstances and bad timing’s (a recurring theme for me of late). So rather than do nothing and waste the ambition I decided on a double WHW. Yep, I know, off-the-cuff like that doesn’t quite give that particular challenge enough respect. A fair accusation I guess, but I do know what’s involved in a WHW both in summer and in winter. END_OF_DOCUMENT_TOKEN_TO_BE_REPLACED

There are loads of great blogs written already about this year’s race and hundreds more from earlier races so rather than cover most of the same I thought I’d be better just trying to answer the actual questions I’ve been asked most often since I made it to Fort William……..and…….won the WHW race (still feel slightly awkward saying that). The other bit is even more awkward! END_OF_DOCUMENT_TOKEN_TO_BE_REPLACED

It’s been something I’ve wanted to do for a while but didn’t quite manage to organise it last year. Not that it takes too much to organise if you keep it low-key.

It made more sense for me to do it as a reverse rather than trying to sort out accommodation at the Fort William side (or worse – sit on a train back to Glasgow). I decided on a day, booked a train ticket and that was it. The Winter WHW was on.

Don’t get me wrong, I wasn’t just doing this as it sounded like a good idea or just to see how far I could go – it wasn’t ‘spur of the moment’ – I had tailored my training for an attempt and had a target time in mind. The Jez Bragg record of 21hrs 14mins.

Thursday came around quickly and before I knew it I was heading for Queen Street Station with everything I’d need to survive the run (I hoped). It must have been the coldest day of the year to date and I was more than a little concerned about being under-dressed. With just under 2L of fluid in my pack, food and some spares I didn’t really have much room for emergency clothes. Still, no going back now. END_OF_DOCUMENT_TOKEN_TO_BE_REPLACED

END_OF_DOCUMENT_TOKEN_TO_BE_REPLACED

Being a Friday the Ben wasn’t too busy, passing only a few walkers on the way up. Being the closest Munro to Glasgow it does get it’s fair share of visitors ‘fae the toon’. On a clear day though it does have some spectacular views from the top. END_OF_DOCUMENT_TOKEN_TO_BE_REPLACED

There was a race briefing 20 mins before the start. There were so many people around I couldn’t really hear what was being said. Next thing I knew I was saying my goodbye’s to my Support and making my way to the front of the startline. It was quite a sight – 150 or so runners all ready to do battle with whatever the WHW would throw at them over the next day. END_OF_DOCUMENT_TOKEN_TO_BE_REPLACED 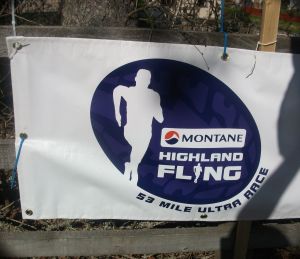 I had run / cycled / walked quite a bit of the West Highland Way in the past and on the Saturday before the Fling I wanted to get one final long run in. As some of you will know I had to miss the GEDM race a few weeks before due to sickness and it had knocked my confidence quite a bit, especially as the training had suffered. So I decided I needed a decent long run and a week before the race seemed a good time to try out some of the course. It would hopefully END_OF_DOCUMENT_TOKEN_TO_BE_REPLACED

The Highland Fling 2011 – night before

Big race tomorrow. The Montane Highland Fling. Not got a lot to say about it following the GEDM sickness fiasco. Yes, I’m nervous something happens again before the start line.

Anyway, I’ll post up race results / report sometime next week. My sister most likely will be tweeting some race updates. Feel free to follow her here or my own account here.

So, it’s early to bed for me. I’ll leave you with some pics of the area from last week’s training run (excuse the poor quality – rubbish camera, and I don’t like to stop for long).

So throughout Wednesday I formulated a plan. With us now officially in BST and with a week of half-decent weather behind us I thought it would be good to run part of the West Highland Way – the 53-mile Highland Fling route from Milngavie to Tyndrum END_OF_DOCUMENT_TOKEN_TO_BE_REPLACED